The Self Sequencing Machine

Follow up to my previous post on sequencer design. After a lot of back and forth I think I've finally pinned down what I want to do with this project. The key to making this system interesting is to make it "self sequencing". I already have patterns that consist of many tracks of sequenced rhythms, notes, velocities, and durations. That's what every commercial sequencer does so it's not too exciting. So I added a hierarchical meta-sequencer that sequences the sequencer. It's only 2-levels deep (so far), but that seems plenty complex for the time being.

Each pattern has a preset that stores all the sequences and other data needed by the pattern to produce MIDI streams. A pattern preset would typically represent a few phrases of music performed by one instrument or instrument section (like percussion). By sequencing a series of pattern presets in parallel, an intricate section of music can be constructed. Did I mention the sequencing modules support Ruby scripting?

As far as human control, I'm currently using a Behringer BCF2000 to control the MIDI modulation sections shown in this diagram below. So I can mix the levels and change the articulation (duration) and transposition at various points in the MIDI stream. I'm also using a Monome 40h (the original 8x8 version) to manually change the pattern presets when desired. All in all, it's shaping up to be a really good combo. Can't wait until I finish building and debugging this thing and can start making some serious tunes with it.

[Update October 2008: I still have this project on the back burner, and use it to compose music from time to time. But it is halfway through being upgraded to Max 5 and missing a few key features and has some annoying bugs. I will release this one day but it's still going to be a while. Apologies to anyone who's interest I sparked] 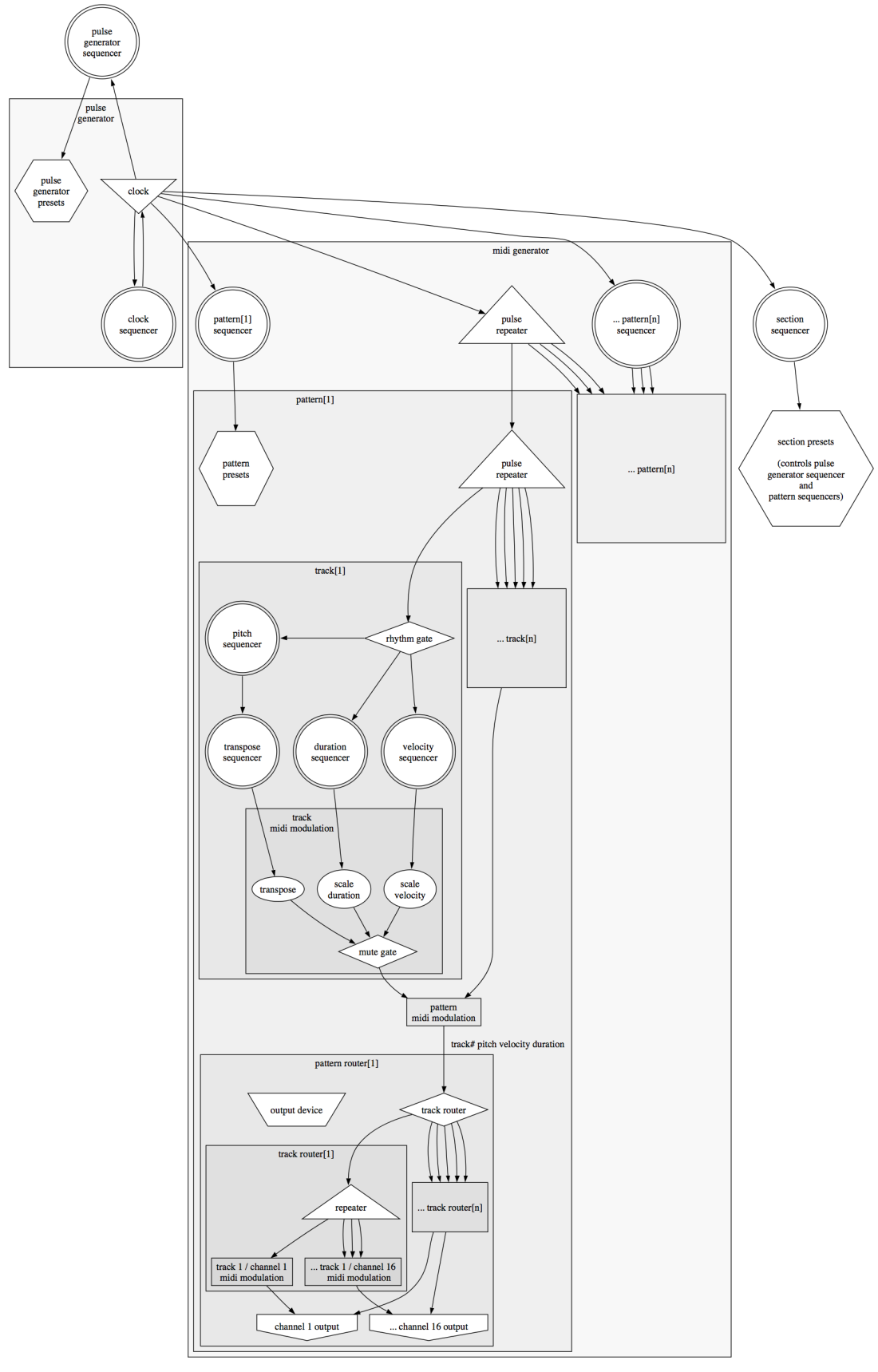